You can use either Visual Studio for Windows or for Mac for creating a new Xamarin.Android app. 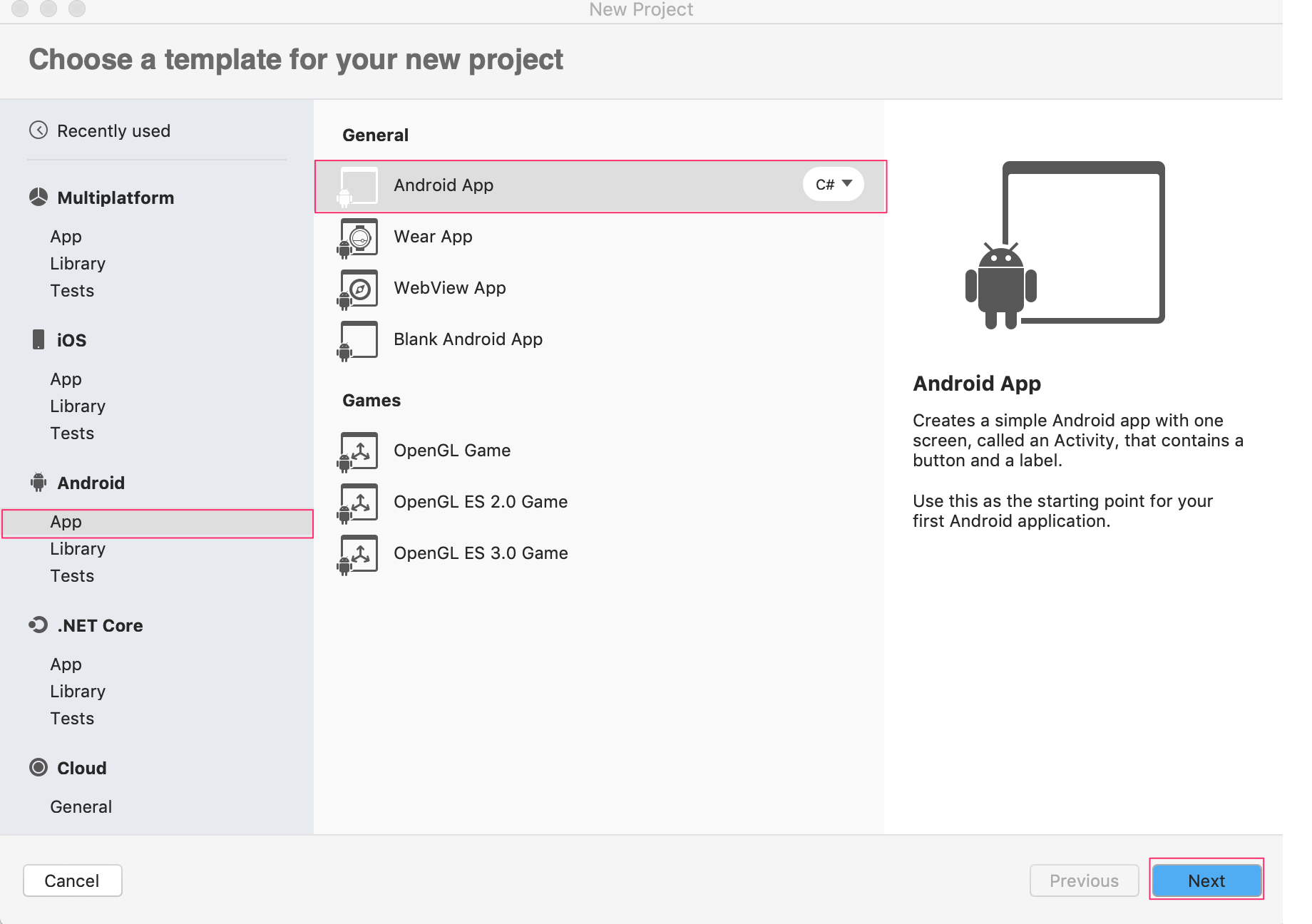 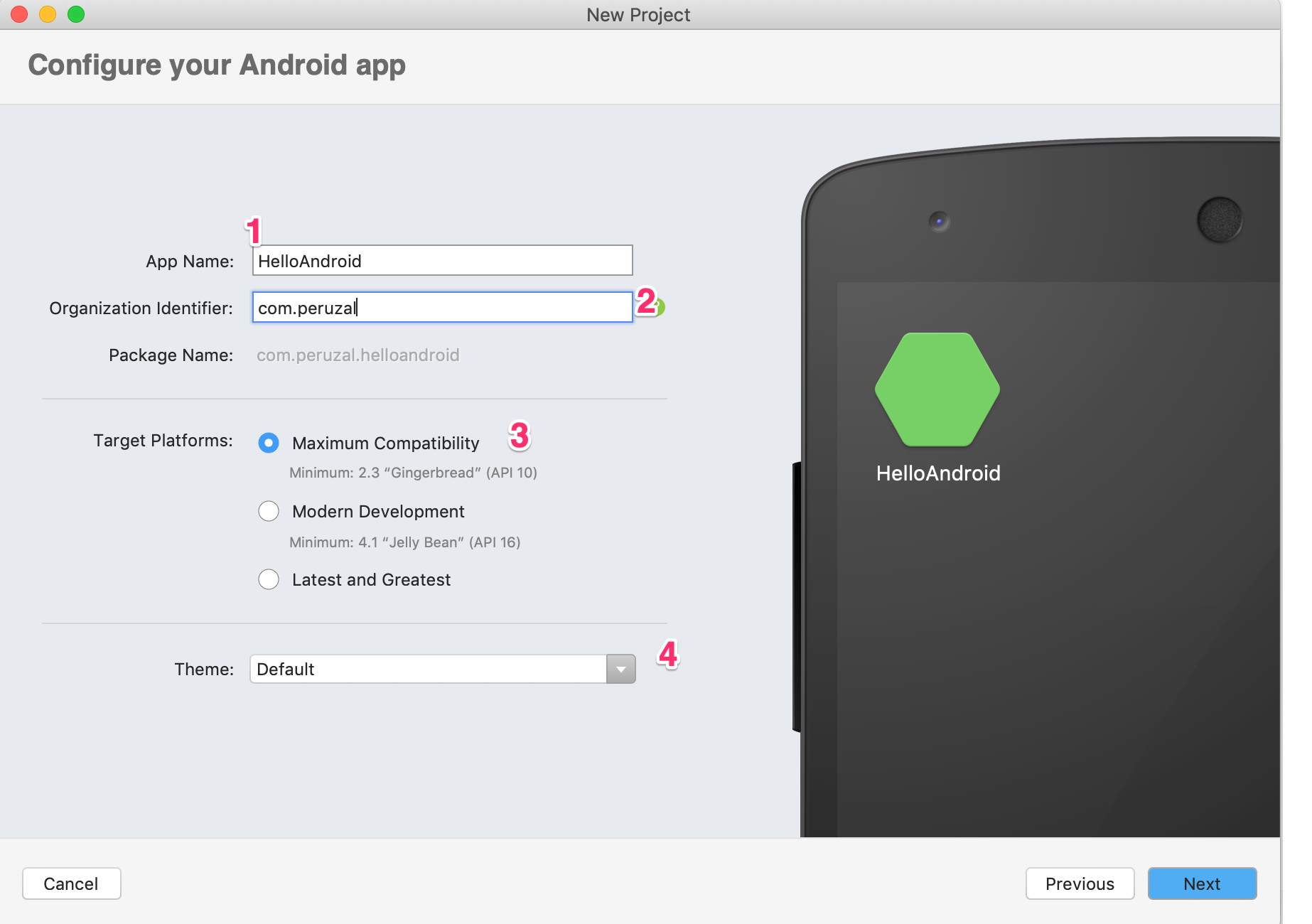 The convention is to use the reverse of the domain name since its guaranteed to be unique.

A Xamarin.Android project have the following structure : 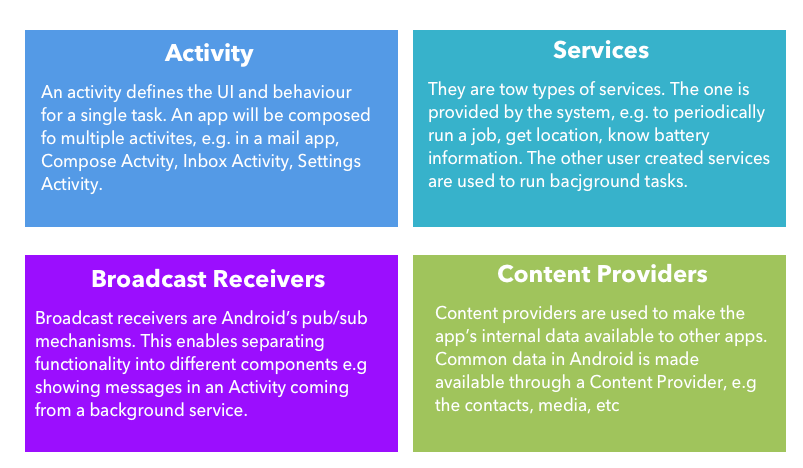 An an Android app is composed several components :

Each component provides a specific functionality and they are tied together using Intents. Intents are used to pass messages across the different components of Android.

Emulators allow you to test your Android apps without using a physical device.

Android emulators allow you to test your apps against different versions and devices of Android. 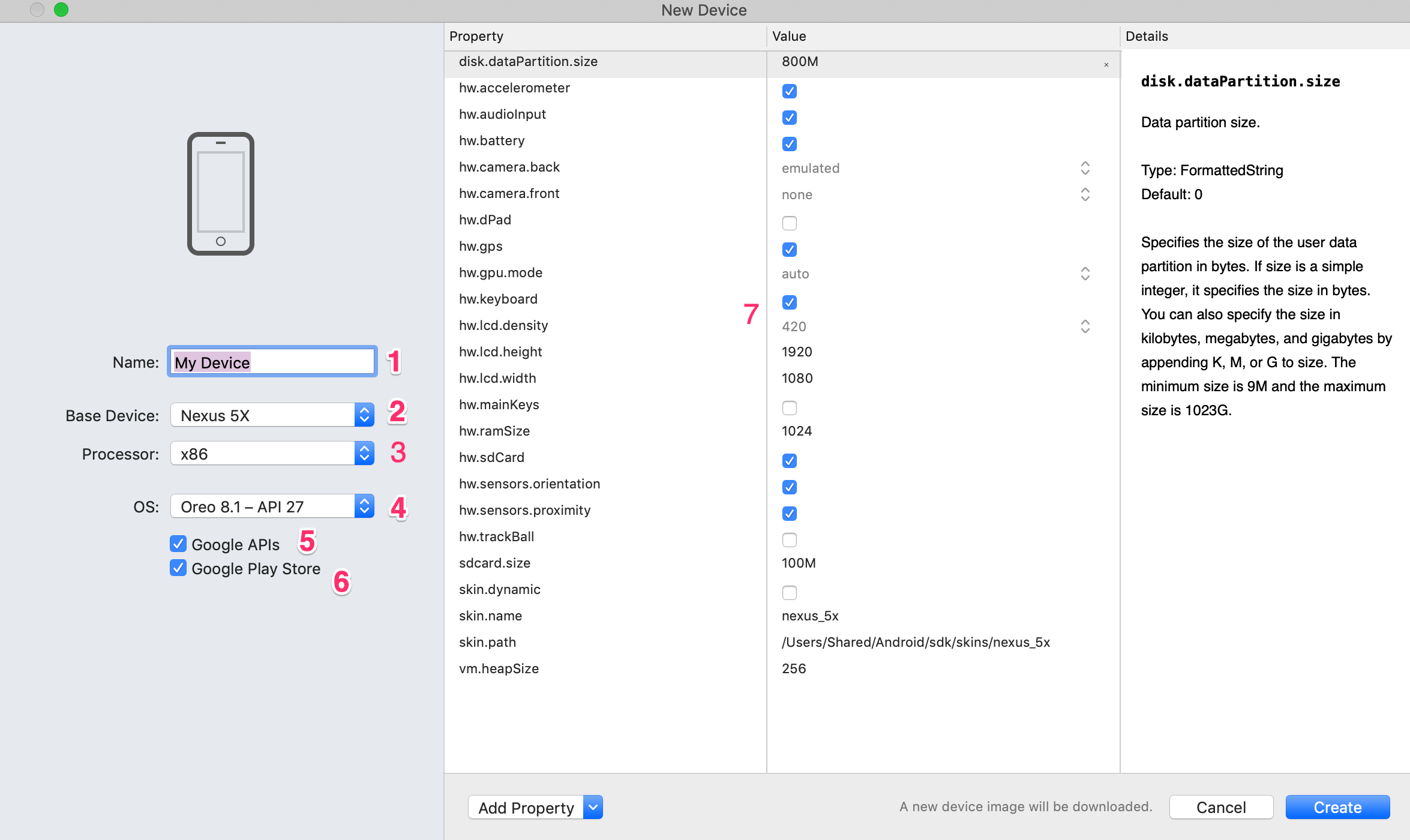 If you the version of Android you choose is not yet installed, the wizard will start the download. Make sure you have a fast active internet connection. Most of the images are more than 500Mb, it might take a while on a slow connection.

Once the emulator is downloaded and created, you can now start it.

Its recommended to start the emulator once and continue deploying your apps as the emulator can take long to start.

After starting and deploying the HelloAndroid, you will now get the app installed and running on the emulator. 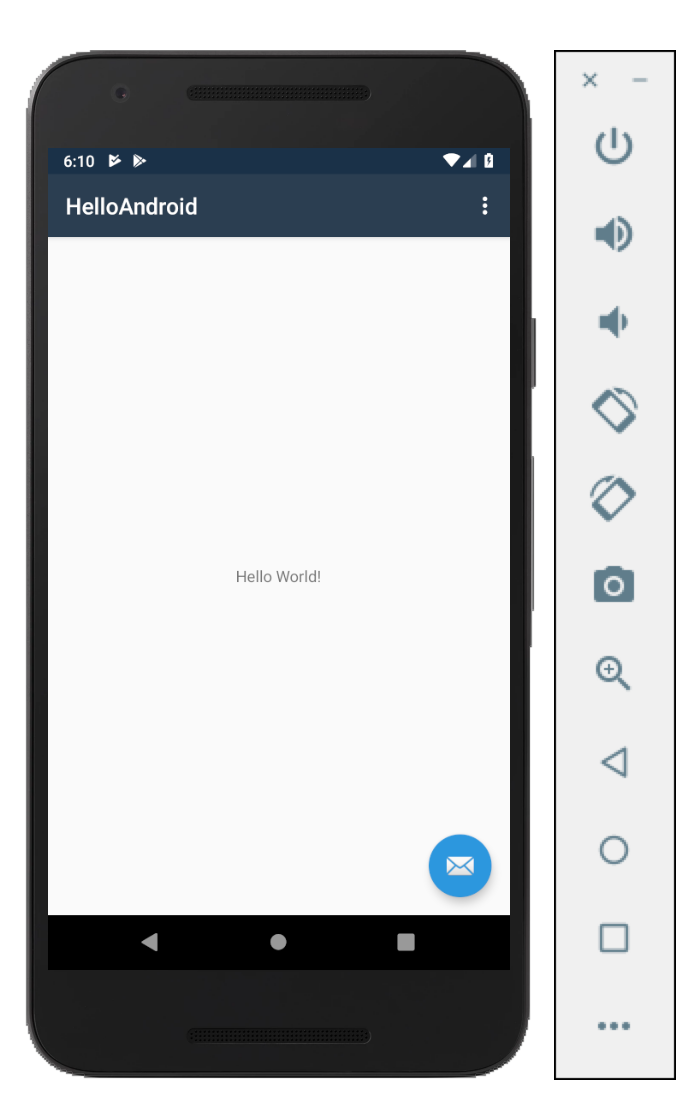 The default Android project template creates one MainActivity.cs file. An activity contains the the C# code and the UI layout file.

At the top of the activity is several declarations of the namespaces used by the activity.

The [Activity()] attribute is used to mark as class as an Android activity and generate the appropriate xml metadata in the AndroidManifest.xml file. The class will also need to inherit from Activity or AppAcompatActivity.

Notice how the generated attributes correspond from the [Activity()], the Label matches the android:label and the Theme matches android:theme and the MainLauncher is defined inside the intent-filter under <category android:name="android.intent.category.LAUNCHER" />

What is the difference between Activity and AppCompatActivity

The AppCompatActivity provides backward compatibility with older versions of Android, whilst the Activity only supports the version targeted by the current Android SDK used during development. Its always recommended to use AppCompatActivity.

Connecting the UI to the Activity

The UI for the activity is defined using XML. In Xamarin.Android the file extension of the layout file ends in .axml.

The activity makes the connection to the layout file in the OnCreate life cycle method. The SetContentView method takes in the layout id and connects it to the activity.

The layout file for the activity is found in the Resources -> layout -> activity_main.axml. The layout file is an xml file, although Xamarin.Android uses a different extension axml.

The layout next defines the parent container for the views. The top level layout for the activity_main.axml is a CoordinatorLayout from the Material Design Support library.

To implement the guidelines in the Material Design spec, the CoordinatorLayout is used a top level layout. The xml tags open and close. For parent layouts, we can insert views within the open and closing tags.

Most views come from the http://schemas.android.com/apk/res/android namespace. Its defined using the xml attribute xmlns and called android. Also notice several namespaces are defined, the app and tools :

Once the namespace is defined, things like the width and height of the views can now be referred using the android namespace.

The namespace name could be anything

The CoordinatorLayout matches the phone's screen width and height by using the match_parent in both attributes.

The next view defined in the layout is the AppBarLayout. The AppBarLayout is a vertical LinearLayout which implements many of the features of material designs app bar concept, namely scrolling gestures. The AppBarLayout needs to be a direct child of the CoordinatorLayout as in the activity_main.axml file.

The toolbar is defined using the Toolbar widget which comes from Android support library. The Toolbar also needs to be a direct descendant of the AppBarLayout to be scroll aware.

The main content is in separated layout file. To include the content layout in the activity_main.axml file, the include tag is used as follows :

The line above include the contents of the layout -> content_main at that point in the layout file.

The content_main defines a RelativeLayout as the parent layout with a TextView.

Lastly, the layout also include a FloatingActionButton which was added with the following code:

In this chapter we've explored the default Xamarin.Android created by Visual Studio 2019. The project have a specific layout, includes the AndroidManifest.xml file, the MainActivity.cs and its associated layout files defined in the Resources folder. We've also created an Android emulator to run and test our apps.